Gynecomasty is defined as an increase in the volume of the gland and/or fat in the mammary area. It can appear at puberty with an excess of glandular tissue or later on, in adulthood often in conjunction with excess fat and sometimes skin. 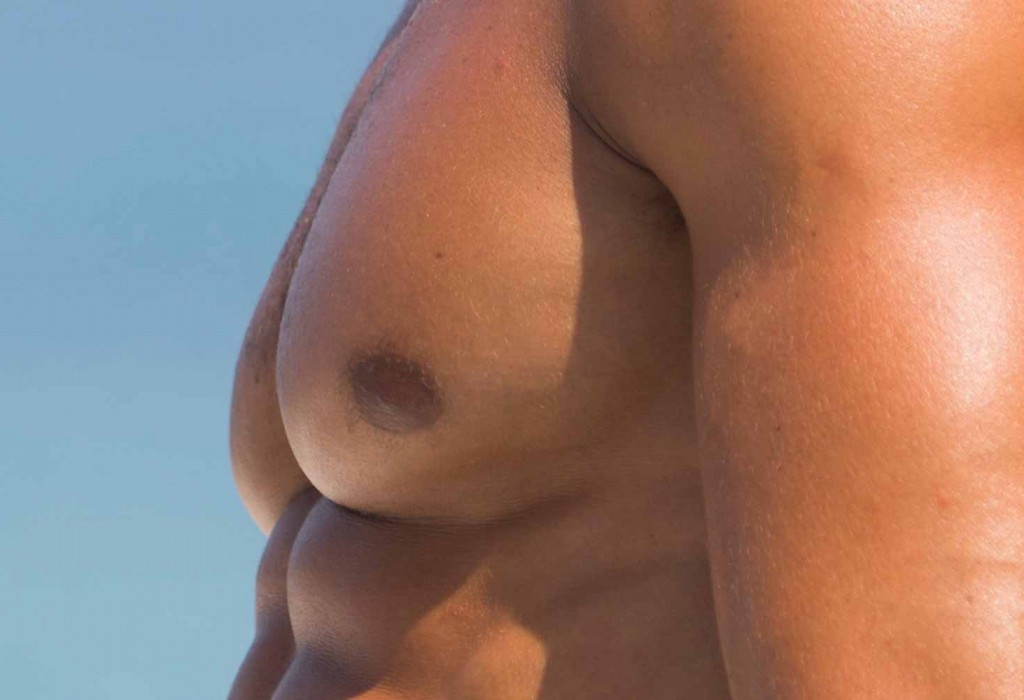 I systematically ask my patients to have a consultation with an endocrinologist who will also carry out a hormone count in order to eliminate any underlying pathological disorder that could need medical treatment.
Echography and Mammary x rays are also prescribed(mammography).

The operation is carried out under general anesthetic followed by a brief hospital stayover. The totality of the gland removed is weighed and sent to a specialized laboratory for a systematic histologic examination.
The incision is usually made in the peri-areolar inferior area. In function of the repartition of the gland and of the fat present, a liposuction may be carried out at the same time.

I put in place a compressive bandage straight after the operation along with drains.
The operation is virtually painless but your pain level will be monitored by the surgical team and painkillers administered if necessary
You will be given a visual analogic scale in order to monitor any discomfort you may have and it is vital you work together with our team so we can take your pain in charge rapidly with the appropriate medication.

I’m responsible along with my team to provide all the care needed in order to obtain minimal scarring. After the initial bandage is removed a compressive jacket is put on that needs to be worn for a month.
Our team physiotherapist, Sabine Lepeix will depending on the type of operation you have had, teach you how to get your mobility back in order to avoid traction on the scars.
She will also advise you as to what physical and sportive exercises to do for the upper limbs.

The final result appears at about 6 months, the time needed for the scars to diminish (and eventually fade).

THE INTIMATE SURGERY. It’s a booming surgery, because new simple technics allow improvement of comfort and aesthetic results. Nymphoplasty : Nymphoplasty is surgery of a hypertrophic labia minora, which is too long or too large. Cliquer ici pour en

I have just come back from the Cutting Edge in New York,  a famous  almost mythical meeting where all the news of international aesthetic surgery is shown by video, that allows to see very clearly the precise techniques used

THE CURRENT TRENDS OF AESTHETIC SURGERY THROUGHOUT THE WORLD

Times change, the trends too! Indeed, all fields are concerned by what we call the “fashion phenomenon” or “the trend”: clothing and their accessories, hairstyles, jewelry, cars… Plastic surgery does not derogate from this rule. Which are these trends? Is there

Dr. Dominique Vasse performed a surgical mission in Moundou, during which she was able to make serious burn injuries, cleft lip and some tumors.